Mid-level Managers: how to communicate (upwards) effectively when you've been socialized to be hierarchical.

Mid-level management in a Tech workplace can be quite tricky. While staying technologically relevant so you can meaningfully support/guide your team with daily tasks, you also have to be adept at the human aspect of managing downwards (your direct reports) as well as managing upwards (your boss).

A big part of "managing up" is communicating with your manager well enough to influence them with your ideas, tech experience & unique insights from being closer to the day-to-day business. This is easier when you have a boss who shares at least a few common cultural contexts or personality traits with you. But in today's diverse & hybrid Tech workplaces, that's not a common occurrence. And it might be especially harder if you come from a culture where being "respectful" to hierarchy (based on gender, age, social roles) was inculcated as the DNA of your interaction with others.

Often, in a modern workplace where outspokenness gets equated to assertiveness, knowledge, or even honesty(yes, really!), having too much "respectfulness" in your tone can sometimes get misinterpreted as a lack of confidence or even reliability. And if your boss is from a more outspoken culture, your subtle deference may even cost you some tech/leadership creds. They may perceive you as being "unsure" making them less open to relying on your leadership and opinions. And you'll end up wasting so much time and energy trying to prove yourself and/or fix these perceptions. It can be really hard to detect this in yourself, especially if you were socialized this way early on. Also, the damage caused by perception is usually very gradual, subliminal and subtle, so you may never even realise it until it's a bit too late to fix.
So what can you do to not let this conditioning limit how effective you can be in your leadership role?

Interact with the person, not the "role"

Start by learning to interact with the person - not the role. Whether you manage someone, or they manage you, in the end, they are a person - just like you. Remind yourself that before and during every single interaction until it becomes second nature. You can learn to communicate without a specific "upward" or "downward"  intonation  (hierarchically speaking) and still be very effective in your job. I find that this approach helps to remove some of the irrational fears that come with perceived overstepping/offending.

Hyperfocus on the task at hand ("everyone is a contributor")

Hyperfocus on the solution/task and think of everyone involved (including yourself) as helpful contributors towards a common goal. When all your attention is deeply absorbed in the task at hand, very little is left over to bother about other, not-so-useful stuff. Workplace interactions are mostly about problem-solving of some sort. Stick with that aspect. When there is no hierarchy in your head in the moment, it likely won't creep into your words. This even works great with your own direct reports. (And even outside of work in general!)

You don't have to overhaul your entire personality - you only have to tweak some bits - so you can express yourself more authentically and with confidence. You are just learning to drop some of the deeply conditioned affectations that are no longer useful. So there is no need to get overwhelmed at the whole idea of relearning how to communicate.
I like to think of effective communication as an absence of hierarchy during the interaction. By all means, use the hierarchical constructs if and where it helps - for ownership, accountability etc., but otherwise, during a simple exchange of thoughts and emotions, you could try to temporarily switch off the "role". 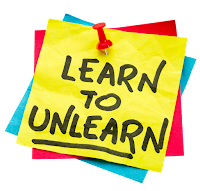 If this still feels uncomfortable or new to you, begin by watching how your own team interacts with you (who is their manager). How does your team "up manage" you? Can you borrow from their style and effectively apply those insights in "up managing" your own boss? Because you can learn from anyone, anytime, if you want to. It's never late to learn, or even unlearn, especially if old habits aren't helping you grow personally or professionally.

Welcome to 2021! I wish you a happy, healthy & successful year ahead. 2020 got a lot of bad rap. But rarely do we acknowledge how far it pushed us. In just 12 months, we adopted more technology than ever, made scientific breakthroughs like the vaccine, and stood together for social liberties like never before. Not to forget, The Mentoring Club is also a product of this time.  As I was reflecting on the bright side of 2020 , I couldn’t help appreciate how mentoring has personally benefited me in my role as product director, and brought joy through giving whatever little I've learned. So 30 sessions later, I wanted to share how mentoring helped me become a stronger product leader.  1. Mentoring amplified my analytical and critical thinking ability. Every conversation brings new perspectives, situations and challenges to the table. What worked (or didn’t) for me, in my context, is valuable but can’t be applied as is to the mentee's. Take a look below at some of the topics &am 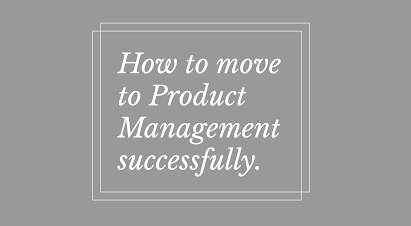 What it takes to move to Product Management from another function successfully.

When I reflect on all the mentoring sessions that I have had so far, I can say that the different sessions couldn’t have been more colourful. I tested several early stage versions of apps, I brainstormed on new ideas, I have shared career advice and I spoken to many product managers who are in a similar state as I am and we exchanged experiences and learned from each other. Nevertheless, I do see some patterns of topics, which occur regularly and I want to take one of those today and write down my thoughts for more people to read. The topic that I chose for this blog post is around how to transition to product management from other disciplines. Spoiler alert: it is possible, always. But it requires endurance, passion and commitment. Tl;dr  For me, far and foremost it is the passion to solve customer problems, which means to be 100% customer centric and have the ability to put yourself in your customers shoes at any given point in time. The more empathy a product manager has towards the

12 surprising facts about what happened since The Mentoring Club started